The first marine dinosaurs appeared about 252 million years ago during the Triassic period. They were mainly plesiosaurs with long necks and ichthyosaurs, also known as fish lizards.

About 200 million years ago, the Great Permian Extinction decimated about 95% of all ocean life. New marine life originated in the seas as a result of the plesiosaurs and earliest ichthyosaurs surviving and diversifying mass exctinctions. A new area of marine reptiles has then appeared! Through this blog post, you will learn more about the terrifying sea monsters that have terrorized the world’s oceans from the early Jurassic period to the late cretaceous period to the mass extinction event 69 million years ago causing many changes in the environmental conditions. By reading this article you will quickly understand that today’s sharks from tropical waters are just simple fish compared to the marine reptiles of that time. Effectively, much larger animals have swum in the oceans of the planet and escpecially during the late Triassic period.

Aquatic dinosaurs were divided into four groups based on their families

Also, for purposes of accuracy, we will provide each creature with a corresponding marine dinosaur image. Let’s begin our list of underwater dinosaurs with two ichthyosaurs! 🦎

For a 100% Jurassic style at home, discover our dinosaur slippers.

1. The Spinosaurus, the terrifying dinosaur seen in Jurassic Park

The skeleton of a theropod (Spinosauridae) was recently discovered in Morocco, more precisely in Rabat on May 2nd in 2020. Morocco was the only country to discover a dinosaur fossil record from before the mass extinction with an almost complete tail. The discovery was made by a team of paleontologists.

This aquatic dinosaur roamed our oceans during the Lower Cretaceous period. The spinosaurus was about 15 meters long (49 f), had a dorsal fin, and as you can see from the illustration, it was a carnivorous predator, or to be more precise, a piscivorous predator. To give you an idea of the strength of this dinosaur, it had 10 times the bite force of a great white shark despite its rather small head of two feet long. Its ability to hunt in open ocean as well as in coastal waters made it one of the top predators of its time. A theory from recent studies suggests that this warm blooded was closely related to many other land dwelling ancestors. 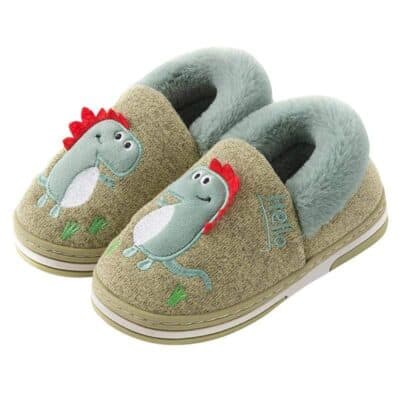 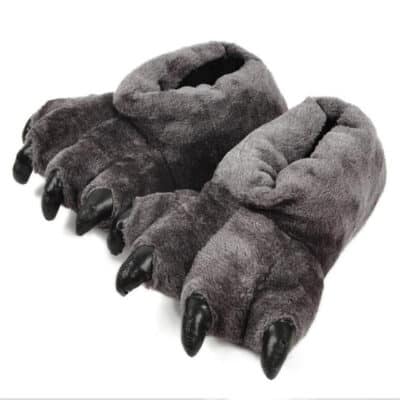 2. The Liopleurodon, the sea creature with crazy speed

It belonged to the family of the Pliosaurus, one of the gigantic marine dinosaurs reptiles that measured up to 12 meters (39 ft) from head to tail.

With a weight of 25 tons, it could be very heavy. These marine mammals lived at the end of the Jurassic period, some 150 million years ago. A formidable predator, its sharp teeth certainly put it at the top of the food chain. It is enough to make the great white sharks of the modern day tremble!

This primitive reptile with a long neckruled the oceans before the mass extinction 66 million years ago. We understand much better why when we see the anomy of this sea monster!

3. The Shonisaurus, the marine dinosaur with a difficult pronunciation and an impressive weight

The Shonisaurus, also known as fish lizard, was a member of the ichthyosaur family. In fact, its fame does not come from its size or from its ferocious appetite for everything that passes under its fine teeth, but from its weight! Can you guess? It could reach 30 tons! Can you imagine it?

That would be equivalent to two sperm whales 🐋. This was a giant marine dinosaur!

They were solitary animals that rarely moved in groups. The Shonisaurus weight made them incapable of fleeing when attacked by predators. In order to defend themselves, they struck with their tails to injure their attackers. A very poor way to defend yourself in the dangerous world of the Jurassic!

4. The Shastasaurus, the dinosaur the size of a blue whale

Shastasaurus, the largest marine dinosaur ever recorded, is also a member of the ichthyosaur family. As an analogy, we might think of dolphins as a larger and flatter version. We are very small compared to that! The largest individual ever discovered measured 21 meters long and weighed about 20 tons. The fish ate dried octopuses, squids, octopuses, and even fish and octopuses that were there!

Plesiosaurs are a natural follow-up to the ichthyosaurs. With their large bodies, short tails, and long necks, they were known as “sea snakes” during the Mesozoic era. Fish and other small marine animals were their main food sources. Despite being carnivorous, they were not vicious predators like their cousins, the Pliosaurs, which we will explore next. They had a calmer temperament similar to that of a herbivorous dinosaur.

5 – The Predator X, one of the marine dinosaurs or Pliosaurus Funkei

During the course of 2006 and 2007, a team of researchers from Norway discovered Pliosaurus funkei or Predator X, a new species of pliosaur. The creature lived about 147 million years ago, at the end of the Jurassic period. A pliosaur that is estimated to have been between 10 and 13 meters (42 ft) in length is one of the largest ever. It was more powerful than both a white shark and a tyrannosaurus rex 🦖, according to its jaw.

The ichthyosaurs had almost disappeared by the end of the Jurassic. A fourth group of marine reptiles appeared at the beginning of the Cretaceous era: the mosasaurs. The mosasaurians became the most dangerous predators. Among their diet were sharks, whales, large fish, reptiles from the sea, and even other mosasaurs.

6. The Hydrorion, a fearsome and gigantic dinosaur with incomparable adaptability and a long neck

Hydrorions are marine reptiles known for their resistance and ability to adapt (including their ability to regulate their body temperature, which allowed them to survive in all the seas, cold as well as hot). It therefore belongs to the family of Plesiosaurs, which survived the mass extinctions during the Permian era (during the Triassic era). It swam underwater and was described as having a “flight under water” (like a turtle).

Do you know that? People used to think the Loch Ness monster was the last plesiosaur, a hydrorion!

Dokosaurus was an aquatic dinosaur that looked like a crocodile during the Upper Jurassic period. It belongs to the metriorhynchidae family. These creatures lived up to the lower Cretaceous.

Its length is between 4 and 5 meters (16 ft) . Comparatively speaking, it isn’t huge compared to other dinosaurs of this genus.

Its powerful caudal fin allows it to swim more easily than crocodiles due to its anatomy. This fearsome predator was able to crush the skull of its prey with its powerful jaws.

8. The Cryptoclidus, the cold-blooded marine reptile

The Cryptoclidus is a gigantic plesiosaur but also deadly, especially in the shallow seas near Western Europe where he used to hunt and live.

Plesiosaurs were present in the oceans about 205 million years ago, as we have seen. Tens of millions of years later, during the Jurassic period, their cousins, the pliosaurs, arrived. The dinosaurs and marine reptiles at the beginning of this period became larger, faster and fiercer.

A pliosaur’s neck was shorter and it had a stronger jaw than a plesiosaur’s. This made pliosaurs much better predators. They ate nearly anything they could catch, including large fish and other marine lizards. The Liopleurodon was probably the most ferocious of the pliosaurs. Evidence suggests that this ambush predator had the lower jaw with the longest tooth ever on the front that was able to tear the flesh of other predators.

9.The Elasmosaurus, a carnivorous diet enjoyer

There were 85 million to 65 million years ago when this reptile lived in the sea. It measured up to 15 meters long and ate small fish, squid, ammonites, and belemnites, among other things. In the United States, Russia, and Japan, fossils have been found. Humans have seven vertebrae in the neck, but how many did Elasmosaurus have? The answer is 74!

10. The Mosasaurus, a carnacian with sharp teeth

A marine reptile named Mosasaurus dominated the oceans at the end of the Cretaceous and gave its name to a family of creatures called Mososaurs. Mosasaurus was discovered in Maastricht in 1770, and named after the Meuse River, which lies nearby. This apex predator had a relatively short tail compared to other species of Plesiosaurs or even other mosasaurs. A recent study also support that this impressive that was used to eat smaller animals from the same species. Through the years these animals evolved in the most experienced predators from the mosasaur species due to its incredible to hunt other marine reptiles so easily. Effectively, only few species could resist the fierce of these exctinct marine reptiles.

Isn’t that an interesting anatomy? The massive and oval jaws of this marine dinosaur make it look like a crocodile, they are often called the sea lions of the primitive ocean. In the Maastrichtian period (70-65 ma, the last stage of the Upper Cretaceous), this animal lived around the Netherlands. Mosasaurus reached a length of 15 meters. Among the longest-living mausasaurs, Mosasaurus was also one of the largest and gave birth to many other large marine reptiles.

There were several reasons why the marine dinosaur Mosasaurus was unable to gobble its prey. One of them was that its teeth were sharp, so it could cut up its prey. 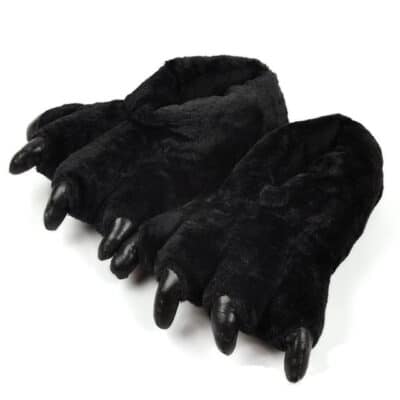 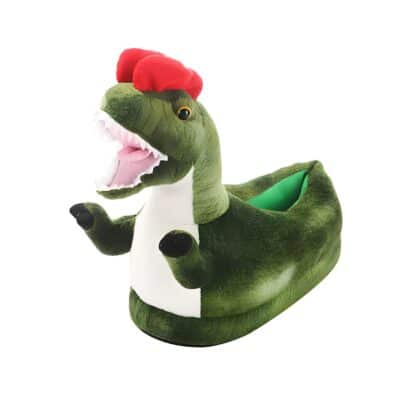 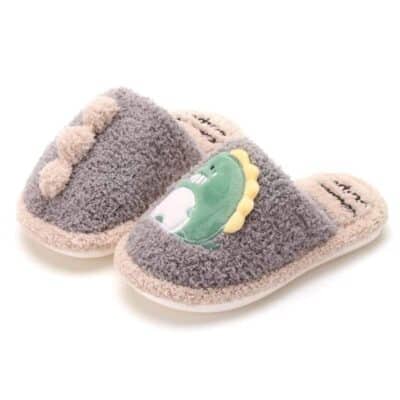 11. The Halisaurus, an ancestor with impressive teeth and anatomy

Mosasaurs, a relative of snakes, had exceptionally long tails. Their diversity has led to an astonishing variety of species around the world. Halisaurus lived near the coast but was a monstrous predator in open water.

Seabirds, mollusks, and fish were its main food sources.

There have been fossil discoveries in North America, South America, North Africa and Europe.

12. The Archelon, the prehistoric sea turtle

Approximately 4.5 meters long and weighing up to 2 tons, this prehistoric turtle is the largest turtle ever lived. At the end of the Cretaceous, it crossed the western sea, feeding on jellyfish, ammonites, algae, squid, and crustaceans. After returning to land, Archelon laid its eggs on the sands and mated, just like modern sea turtles do today!
Its soft shell, large flippers, and sharp beak made Archelon particularly dangerous.

North American fossils have been discovered where many dinosaurs ruled the terrestrial lands.

Archelon may have slept on the sea floor for several months of the year.

I hope you learned something new about these aquatic dinosaurs from this list of the Top 12 Marine Dinosaurs. There are not all marine dinosaurs listed here, so please be aware. The remains, skulls, and bones of these marine animals are still being excavated and discovered. We chose the ones we think would give fans of Paleontology and dinosaurs the most pleasure. If you have some kind remarks, don’t hesitate to write us!