More than half of Earth’s species were wiped out by an impact so great it buried thousands of feet of limestone on the Yucatán Peninsula. More than half of the Chicxulub crater lies beneath the Gulf of Mexico, which is named after the village near its center. ☄️

Check out our collection of dinosaur pajamas if you love the Jurassic universe and want a great outfit to sleep in. 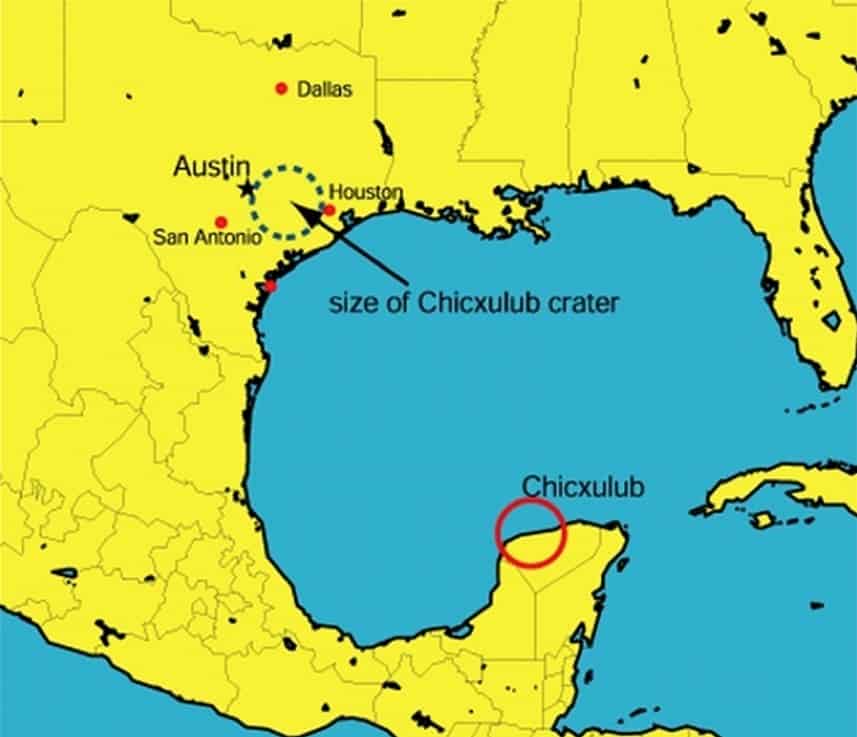 The Earth was hit by a comet or asteroid the size of a small city 65 million years ago. Using 100 million megatons of TNT (two million times more powerful than the most destructive human bomb), the celestial body crashed into our planet, destroying both dinosaurs and all life on the planet. Even the fastest dinosaurs of the planet could not escape the violence of the impact of this asteroid.

Shock waves spread outward from the site, triggering earthquakes and volcanic eruptions around the world. In the oceans, the explosion triggered mega-tsunamis thousands of meters high.
A huge amount of debris from the asteroid and the Earth was thrown into the atmosphere and far beyond. Some of the large pieces ejected came down at high speed, igniting in the atmosphere and triggering worldwide fire storms.
Meanwhile, the sky darkened as a dust cloud covered the Earth. For years, sunlight was blocked and photosynthesis was prevented. This created a mass extinctions of many species. ☁️

The evidence of this cataclysmic event, however, is difficult to find today due to erosion and sedimentation. From a high vantage point above the center of the crater, it is impossible to see the effects of the impact.
Among the surrounding landscape’s most striking features are the cenotes. In the crater rim, where the rock was weakened, water-filled chasms can be found. These were once used for sacrificial ceremonies by the Maya.

Size of the Chicxulub Crater: 73 miles

It wasn’t until 1978 that Chicxulub crater was discovered in Mexico. Geophysicist Glen Penfield made the discovery after noticing the unusual features of the area while working for Mexican oil company Pemex.
Penfield observed a semi-circular arc on a magnetic map of the Gulf of Mexico that suggested the presence of an impact crater. The former Pemex employee was unaware that a similar anomaly had been noticed on a gravity map of Mexico’s Yucatán.
The oil company, however, prohibited this worker from publishing his findings, so the significance of the map was not realized for many years before Penfield could use it to verify his suspicions. 👨🔬 Researchers such as father-son geology team Luis and Walter Alvarez and graduate student Alan Hildebrand published controversial papers suggesting that an asteroid impact caused the mass extinction about 66 million years ago at the end of the Paleogene Cretaceous.
Researchers used a 66-million-year-old layer of iridium-enriched clay called the K-T (Tertiary Cretaceous Boundary) as evidence. According to them, only an extraterrestrial collision could explain this phenomenon  and the levels of iridium (a rare element on Earth but abundant in meteorites) as well as the global distribution of the boundary layer.
A violent explosion is also predicted to have ejected and widely distributed “shocked quartz” and tektites (spherules of natural glass rock) as a result of extreme pressures and temperatures. 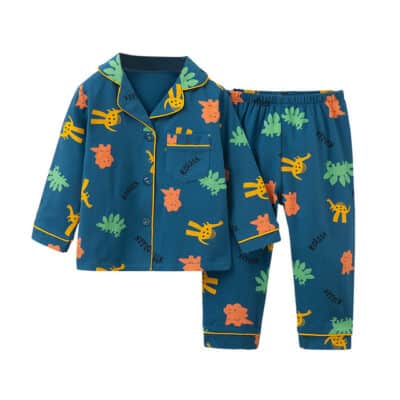 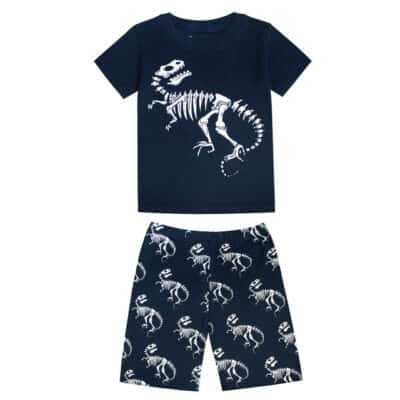 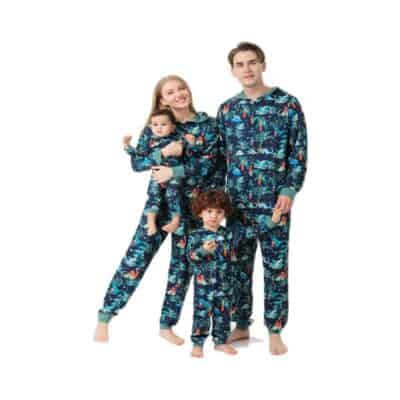 $28.90 – $47.90
Select options
As science moved closer to an explanation for the extinction of the dinosaurs, another 10 years passed before Chicxulub became a remnant of the catastrophic event.
A journalist tipped Hildebrand off to Penfield’s work, and the two scientists worked together on Pemex drilling samples taken from the site in 1990. Soon, the age and properties of the crater were confirmed to correlate with the predictions.
There is still a lot of interest in Chicxulub today. Computer models are being used by some researchers in order to recreate the scenario of formation   and explain the changes of structures of the crater, while others are inquiring about the path the asteroid took to hit Earth. 💫 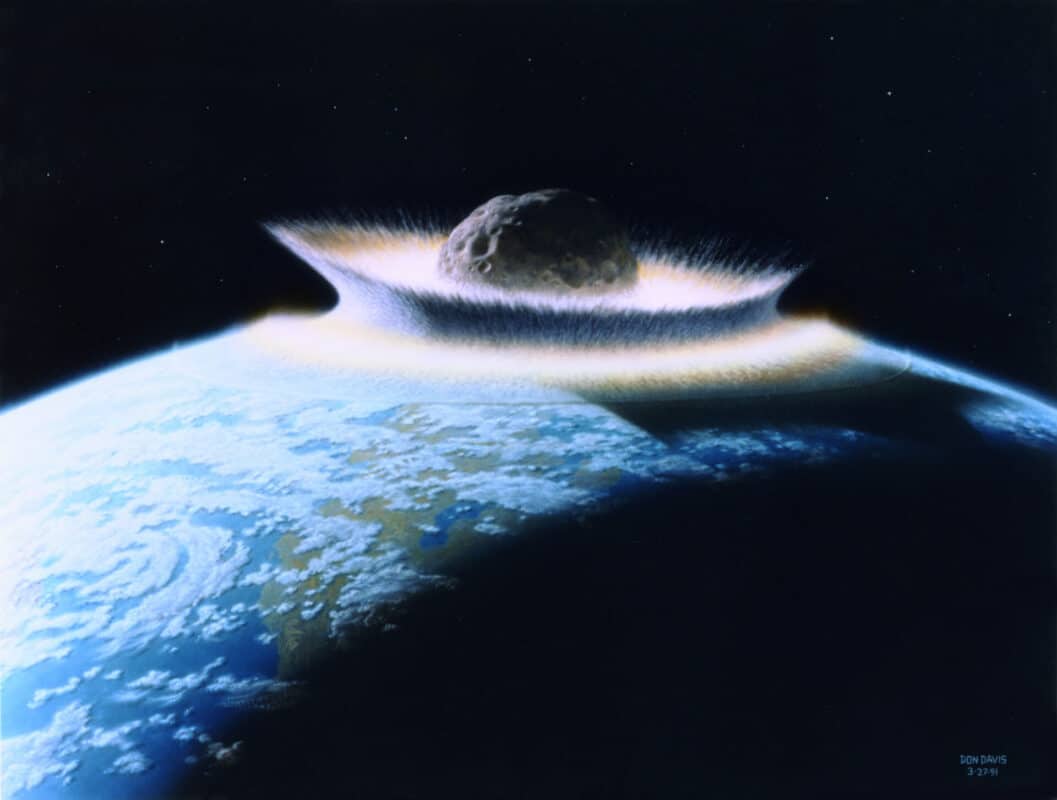 Identifying the exact events and reasons that led to the dinosaur extinction is the most controversial work. In the scientific community, there is considerable disagreement regarding whether the impact was an isolated event or part of a relatively recent period of collisions that resulted in global cooling and warming. 🦕

There is an impact the size of Chicxulub (75 miles in diameter) about one time every 100 million years, making the Mexico crater a humbling and perhaps disturbing reminder of life’s fragility. 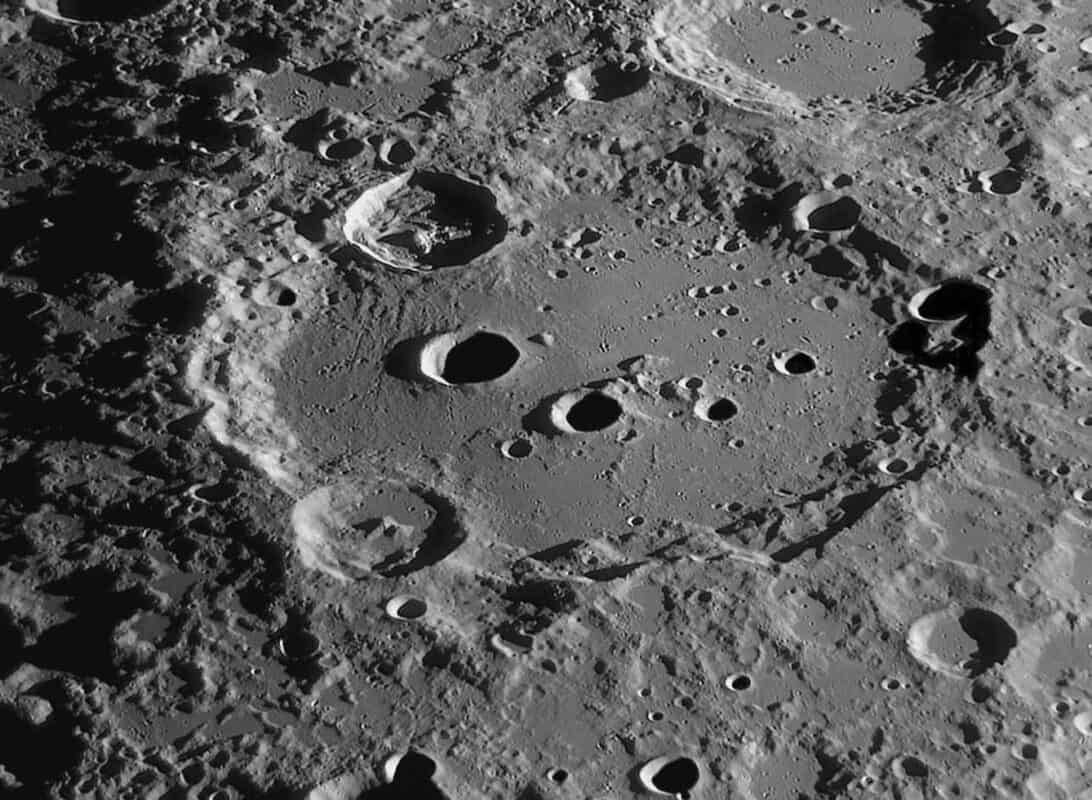 It was in fact Alan Hildebrand who really got things moving by re-examining the cores of drillings carried out to search for oil in the Yucatán Peninsula, in Mexico. These cores would lead to the discovery of the Chicxulub astrobleme in the early 1990s.
Today, geoscientists want to learn more about the Chicxulub crater. In particular, they would like to know how life has recolonized the seafloor on which this astrobleme lies in part, albeit covered by a thick layer of sediment. As part of the International Continental Scientific Drilling Program (ICDP) and the International Ocean Discovery Program (IODP), a drilling rig was used for this purpose in 2016 in the Gulf of Mexico, overlooking one of the rocky rings that make up the Chicxulub crater – these rings are the equivalent of circular ripples caused on the surface of the water by an object falling into a pond.
Such rings are only observed near large craters, on the Moon as well as on Mars or Mercury. On Earth, apart from the Chicxulub astrobleme, only two other craters are large enough to have, in theory, concentric rings: Vredefort, in South Africa, and Sudbury, in Canada. However, the latter two are respectively 2 billion and 1.8 billion years old. Erosion has therefore largely removed these rings. There are numerical models that account for the formation of these raised rings of rock and we would like to compare the predictions of these models (they assume that the rocks forming these rings are formed from granites that have been brought to the surface). The Chicxulub crater has allowed to validate these models that we can then apply with more confidence in the whole Solar System.

Pictures of the Crater of Chicxulub. 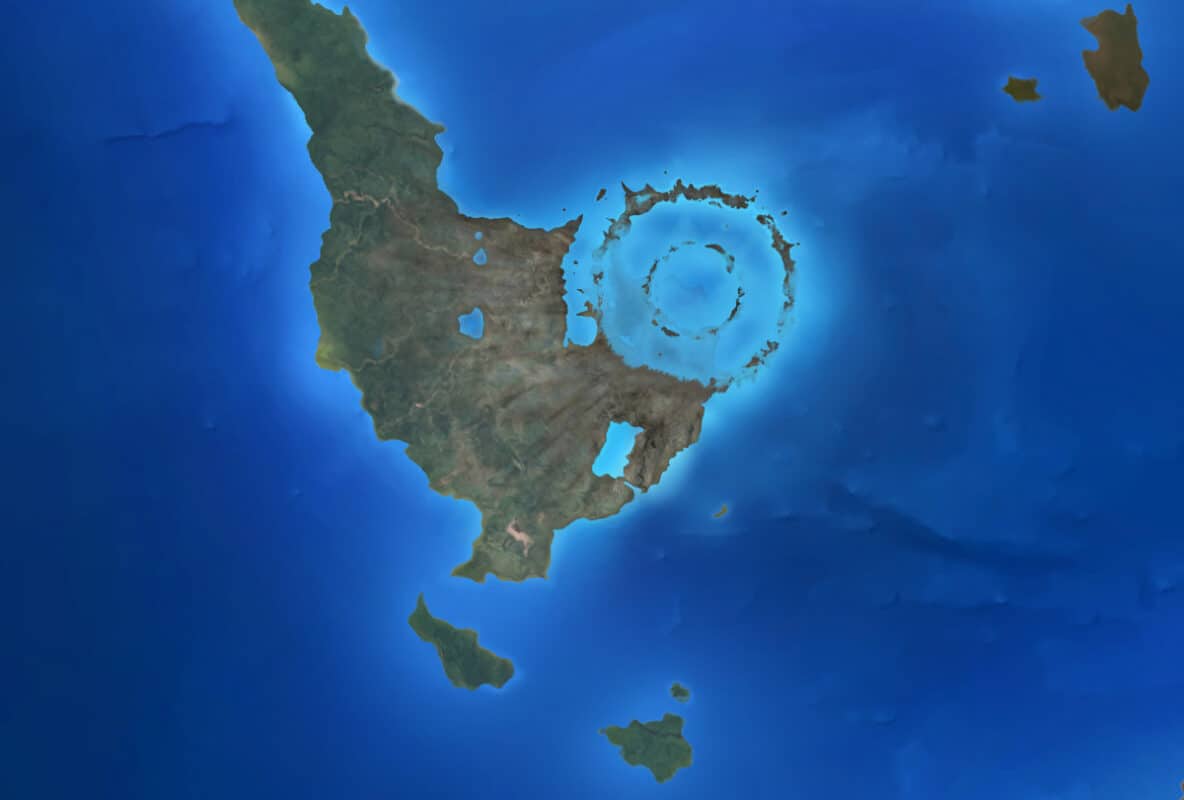 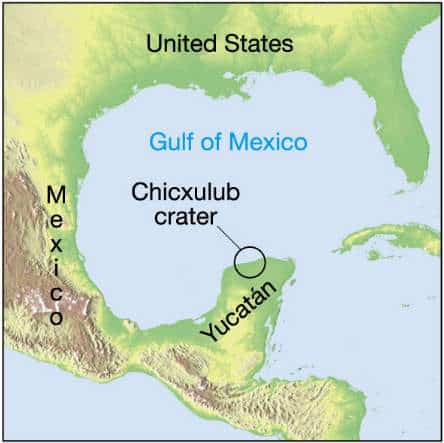 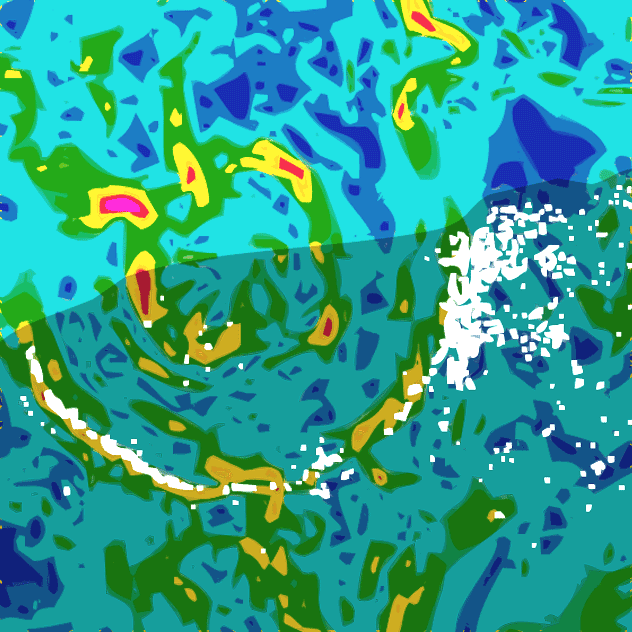 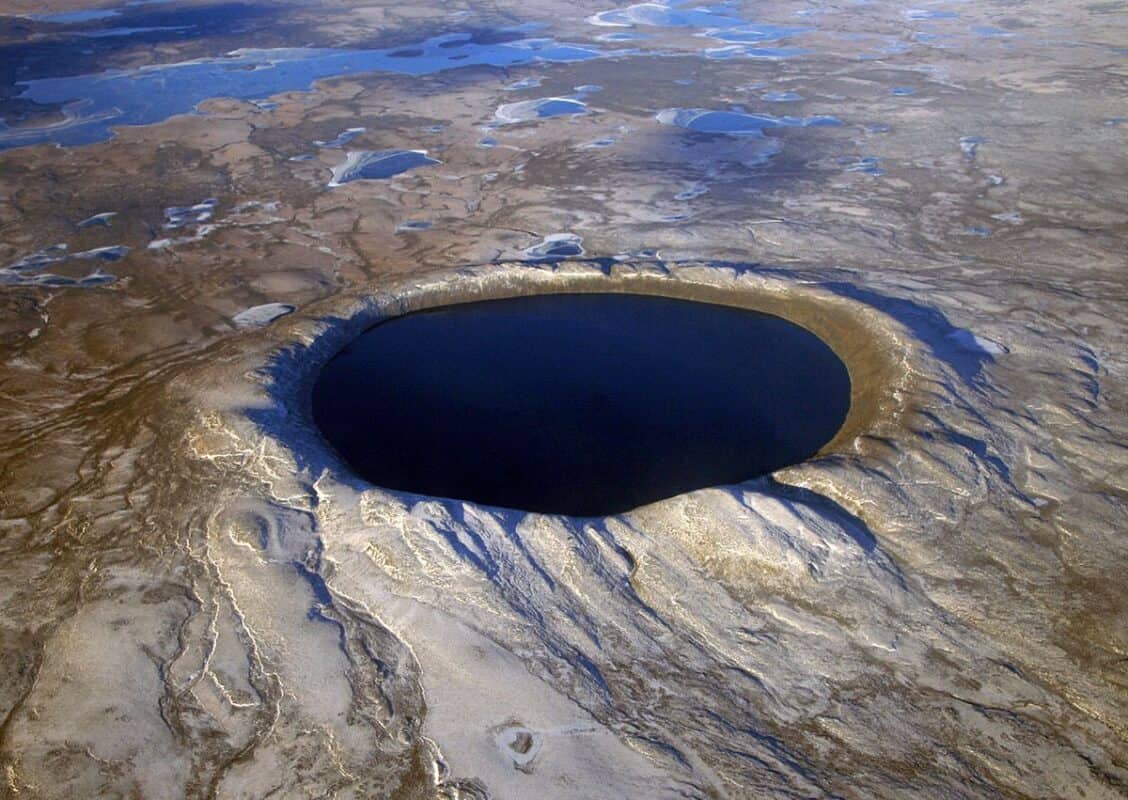 Visit the Crater of Chicxulub

Chicxulub is a coastal town with more than 450 years of history. Around 5,000 people live here, primarily engaged in fishing, trade, and tourism. It is located 5 miles east of Progreso and 40 miles northeast of Merida.

Chicxulub defended the northern coast of the peninsula against pirate invasions in 1663. It later became known as a port of sabotage during World War II. As a result of the extensive beach and the diversity of marine and bird species, Chicxulub has long been a popular tourist destination. 🌊
Located in the Sierra Papacal, the Yucatan Science and Technology Park houses the Chicxulub Crater Museum. It is a 30-minute drive on the Progreso-Merida highway, taking the Sierra Papacal / Kikteil exit.